Hard Money Lenders Must Be Cautious of Borrowers’ Criminal Activities

If you follow Sacramento news, you likely heard about how more than 500 government agents—representing federal, state, and local government agencies—raided 75 homes across the Sacramento area. Another 25 or so homes were seized in connection with the illegal activities. The operation targeted homes believed to be housing illegal marijuana grow sites operated a single Chinese crime syndicate.

The homes had been purchased by Chinese citizens who were legal residents of the United States. The owners then converted the homes into marijuana grow ops, shipping the harvested marijuana via truck, mail, and other means to buyers on the East Coast. 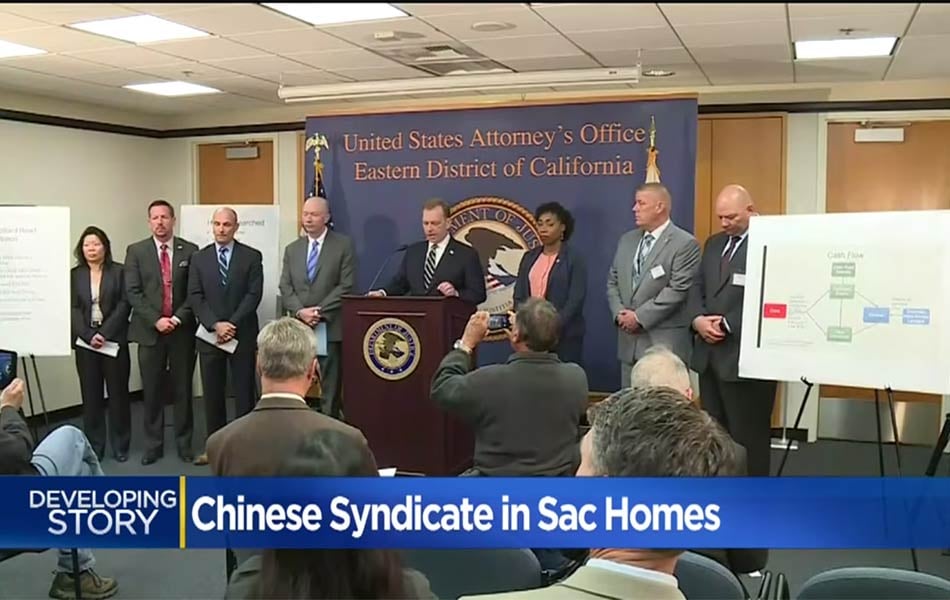 The home raid was the single largest residential drug raid in history, and was the product of 4 years of planning and cooperation between law enforcement officials at all levels of government.

The planned forfeiture of the homes means that lenders are in a bind. But inspection programs could have mitigated the problem.

Chinese investment in American real estate has been on the rise over the last few years. However, foreign investors often struggle to obtain traditional loans and mortgages. Thus, it’s quite common for them to instead approach hard money lenders.

We invite these opportunities, as such investors are typically honest, hardworking people who simply want to find investments that will yield a profitable return. In turn, their investments help to stabilize local property markets and fuel both residential and commercial developments.

Unfortunately, there are always a few bad eggs. And as noted by the Sacramento Bee, the buyers of the homes seized in April, as well as the realtors they worked with, relied on hard money lenders to obtain the funds necessary to purchase the homes.

Socotra Capital was one of those lenders. As of mid-2017, seven of the seized homes were part of our portfolio. However, at that time, we took note of a number of residential raids by the FBI, seeking grow ops similar to those uncovered by the April 2018 raid. This revelation made it clear that we needed to act to protect our investors.

Based on information released by the FBI, we assembled a hypothetical profile of a buyer involved in illegal marijuana operations, and cross-referenced it against our loan portfolio. We identified a small handful of homes that gave us cause for concern, and initiated a program of inspections to ascertain the current conditions of the homes.

We did not uncover evidence of criminal activities. However, four borrowers gave us some cause for concern, and we ultimately compelled them to refinance out of our loans, paying us off in full. All of this occurred months before law enforcement’s actions in April.

Unfortunately, three homes in our portfolio were among those seized.

We had conducted an inspection of one of the homes in January 2018, and found it empty. The second home did not meet the risk threshold we had identified as warranting an inspection, and the third simply went under the radar, with nothing even hinting at cause for concern.

In response to the seizure of the homes, we have filed notices of default, and fully expect to have the loans paid off in full, including interest. We expect payment in full because if the federal government successfully completes the forfeiture process, it would take title of the homes, subject to our lien and security interest. This means that when they move to sell the properties to third parties, the government will be obliged to pay off the loans, with interest.

Because we go above and beyond when conducting necessary due diligence prior to offering a loan, as well as our foresight in initiating inspections of suspect properties, we successfully minimized our exposure to this event.

For a hard money lender with dozens of these homes in their portfolio, this would be a crisis. But because we take the responsibility of protecting our investors seriously, this event is little more than a short-term annoyance that will do nothing to impact the profitability of the three loans involved, let alone our portfolio as a whole.

In addition, the raid in Sacramento has served to justify our transition to a more judicious and careful pre- and post-loan examination of potential borrowers and any liabilities they may present. We are all the more certain that this cautious approach will better secure our investors’ capital, and ensure even greater profitability.

It should be noted that all of the above strictly relates to the criminal cultivation of marijuana—conducted without the knowledge of authorities and lenders. In contrast, we have previously made loans secured by commercial properties, which the borrowers have stated an intent to lease to locally permitted, state-licensed cannabis operations.

We continue to be dedicated to acting as a premier lender on cannabis investment properties, and making this a safer, more secure means of investing in the cannabis industry. This sector is underserved by conventional lenders, and so we will continue to work with transparent and legitimate businesses.

However, Socotra Capital will approach both our residential and commercial loans with the elevated care and caution that has served us well in recent months, to ensure the security and safety of all involved.